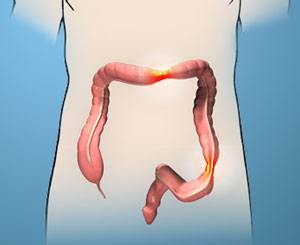 What is Inflamed or Irritable Bowel?

Inflammatory bowel disease (IBD) and irritable bowel syndrome (IBS) are two gastrointestinal disorders that are often confused for one other because of a few common symptoms. If you experience changes in your bowel movements, such as diarrhoea or constipation, cramping, and recurrent abdominal discomfort or pain, you may be suffering from either inflammatory bowel disease or irritable bowel syndrome.

IBS is a common, chronic disorder that affects the large intestine and includes other symptoms such as bloating and swelling of your abdomen and passing gas or mucus. Inflammatory bowel disease, on the other hand, is characterized by the inflammation of the intestine. Symptoms such as fever, rectal bleeding, anaemia, and weight loss differentiate IBD from IBS. The destructive inflammation of IBD can also lead to colon cancer and other gastrointestinal diseases.

The value of calprotectin

Calprotectin is a stool test to detect inflammation and is ordered to distinguish IBD from non-inflammatory disorders such as IBS. The test helps to confirm the disease activity and evaluate its severity. The average value of calprotectin is found to be approximately 25 mg/kg in healthy adults. Values above 50 mg/kg are regarded as positive and indicate IBD.

IBD and IBS involve different treatments, so an accurate diagnosis is important to effectively manage the conditions.

Treatment for Inflamed or Irritable Bowel

Since there is no specific cause for the development of IBS, treatment involves relieving symptoms. Symptoms such as constipation can be reduced by changing your diet (increase fibre intakes like oats, nuts, and fruits in food) and lifestyle. Techniques and therapy aimed at reducing anxiety and stress can aid in preventing this problem. Your doctor may prescribe medication to relieve diarrhoea and pain. Probiotics found in certain foods and supplements are ‘good’ bacteria that can reduce levels of harmful bacteria and help restore balance in your digestive system. Inflammatory bowel disease can be treated with medications to reduce or eliminate inflammation, and in extreme cases, your doctor may recommend surgery.